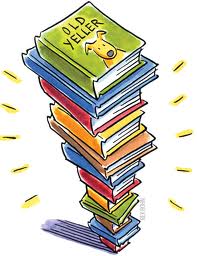 Bowker, the global leader in bibliographic information, released its annual report on U.S. print book publishing, compiled from its Books In Print® database. Based on preliminary figures from U.S. publishers, Bowker is projecting that despite the popularity of e-books, traditional U.S. print title output in 2010 increased 5%. Output of new titles and editions increased from 302,410 in 2009 to a projected 316,480 in 2010. The 5% increase comes on the heels of a 4% increase the previous year based on the final 2008-2009 figures.
The non-traditional sector continues its explosive growth, increasing 169% from 1,033,065 in 2009 to an amazing 2,776,260 in 2010. These books, marketed almost exclusively on the web, are largely on-demand titles produced by reprint houses specializing in public domain works and by presses catering to self-publishers and ”micro-niche” publications.
“These publication figures from both traditional and non-traditional publishers confirm that print production is alive and well, and can still be supported in this highly dynamic marketplace,” said Kelly Gallagher, vice president of publishing services for Bowker. “Especially on the non-traditional side, we’re seeing the reprint business’ internet-driven business model expand dramatically. It will be interesting to see in the coming years how well it succeeds in the long-term.”Click here to read the full Bowker article
Posted by Live love write at 7:22 PM

Email ThisBlogThis!Share to TwitterShare to FacebookShare to Pinterest
Labels: marketing